skip to main | skip to sidebar

was awesome. They even released butterflies at the end and Jill's daughter was the first to release one. Very cool. The same man who married them did Jill's service. Though he was a little long-winded, it was quite sincere and kind.

Jill's husband spoke. He was amazing. Spoke for several minutes, got choked up, and would continue. Jill's son, Evan, came up to see his daddy during the speaking part and would say, "Up! Up! Upp-y! Upp-y!" It was precious. He started to spit and Jill's husband said, "No spit." It was SO relevant to my life right now. My daughter is the same age as Evan and man, oh man, she is a handful. Here we are, celebrating a life that was taken much too early, and Evan is just living in the moment. Maybe he is on to something...

We went back to Jill's house afterwards. Jill and her husband bought a house in the neighborhood in which we grew up. They actually bought a house that belonged to a boy we went to high school with--completely nostalgic and ironic at the same time. I did drive by my old house, also...pretty cool.

Ken Block, from Sister Hazel, sang a song he wrote about his own brother who died from Cancer. That was incredible. He is amazing as well.

Got to see several old friends from high school. We all still can't believe we are growing up. It doesn't feel like it. We decided to definitely have a place for Jill at our 20 year high school reunion which is coming up next summer.

If you are curious to learn more about Jill, go www.caringbridge.org/visit/jillrowell
Pretty cool story.

So today is Saturday. My 2 year old daughter has already forced me to dress her and put on her shoes....wants to go "siiiidddddeee!" (outside) Guess I'll go for now, and will swing my little girl in remembrance of someone who can no longer do it.
Posted by Mad About Plaid Girl at 7:55 AM

Great blog you have here, if you’re interested here is the link to my blog of poetry.

Hoping you have a wonderful week,
Grant-Grey

So sorry to hear about your friend. My FIL suffers from CML and has been having a rough time- leukemia is such a terrible disease....

hi, you have nice blog.. u can view also mine..http://akoniwares.blogspot.com

beautiful blog..pls visit mine and be a follower.. thanks and God bless..

Thanks for sharing this experience; my MIL died at 59 on Dec 19th after a battle with cancer...so sad. Prayers with you and Jill's family.

Mad About Plaid Girl
I'm a 30-something mom of two sweet, adorable children. I am an educator by trade. 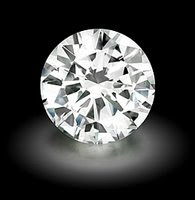 Places Where Could Waste LOTS of money...